It could happen to anyone. You meet an amazing person, and you fall in love. The two of you decide to elope. Back from the honeymoon–a few weeks, a few years, a few decades later–the shine wears off. You realize you aren’t in love anymore. You and your spouse decide to get divorced.

It should be easy, right? Wrong–especially if you’re in a same-sex relationship. Though a growing number of states now recognize LGBT marriages, few of them have thought through LGBT divorces and the issues unique to those unions. 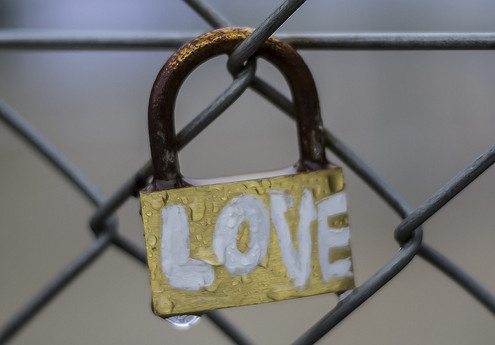 Same-sex marriage is a hotly contested issue in Ohio. A constitutional amendment passed by voters in 2004 reserved the right to marriage to heterosexual couples. Furthermore, Ohio has continually maintained that it does not have to recognize same-sex unions performed in states that do allow them. Though some Ohio counties–including Cuyahoga–allow LGBT couples to register as domestic partners, this registration has no legal effect on the parties or their property.

However, things may soon be changing. A new ballot initiative that would legalize gay marriage in the state may be headed to voters as soon as November 2014. In April, a federal judge ordered the state of Ohio to recognize same-sex marriages performed in other jurisdictions. The ramifications of this ruling have yet to be played out.

Whether the state legalizes same-sex marriage or not, one issue looms divorce. There is a serious question as to whether same-sex couples are allowed to divorce in Ohio, with judges handing down contradictory rulings. In one case, a Franklin County judge granted two men married in New York State a divorce; shortly thereafter, another judge in the same county denied two women a divorce.

The inability to obtain a divorce in their state of residence has serious consequences for LGBT couples. Generally, at least one spouse must have been a resident of the state where they are seeking a divorce for six months or more. This means that if a couple in Ohio is denied a divorce, they have two unsatisfactory options. First, one spouse may have to move to a different state, establish residency, and file for a divorce in that jurisdiction. Second, if neither spouse is able to move, the couple can separate and act as though they are divorced, but they will be unable to remarry or claim any of the benefits of a divorce, such as a child support, alimony, or an equitable division of property. Many are now referring to this state of limbo­–not together but unable to divorce–as “wed-lock.”

Even if the couple is granted a divorce, same-sex divorces can be more difficult than heterosexual divorces. In heterosexual marriages, there is a clear beginning to the relationship: the day the couple was wed. This makes it relatively easy to determine the property to be divided–if the property was obtained after the couple was married, it is “marital property,” and will be split between the two spouses.

In LGBT marriages, partners may have considered themselves as married long before their union was legally recognized. The couple may have bought property together, but a court may not recognize it as marital property because there was no formal legal union between the parties. As a result, one spouse may end up with more than their fair share of the estate.

When it comes to children, the issues may be even more complicated. In a heterosexual marriage, children are assumed to be the natural issue of both spouses, so both have a legitimate claim for child custody. In LGBT marriages, where the child may only be the biological issue of one spouse, the other will have a difficult time making a case for custody.

Same-sex divorces are complex, and the law surrounding them is constantly changing. An attorney can help you understand these issues and discuss the best way for you to move forward. Contact the attorneys at Laubacher & Co. for a free initial consultation at (440) 336-8687.