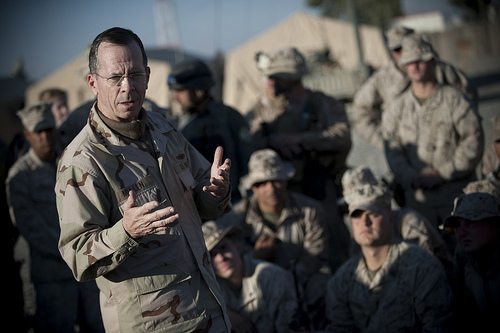 Now, one more protection can be added to the list for servicemembers: child custody protections. Last month, in the annual defense authorization bill passed by Congress, the bill included a provision to prevent courts from holding military deployments against servicemembers in child custody cases. Under Section 566 of the bill, the Servicemembers Civil Relief Act is amended to state:

In short, a court may not penalize military service members in child custody cases based on the fact that their jobs require them to go abroad for their country. Deployment is considered a period of longer than 60 days but not longer than 540 days.

For the past eight years, Rep. Mike Turner, R-Ohio, has been working vigorously to push for a national law that provides protections for servicemembers on deployment. Since 2007, 12 different versions of the bill have passed the House, but for one reason or another, the bill died in the Senate. Turner, however, called the most recent amendment “common sense.”

One of the reasons that prior attempts have failed is because military leaders have apparently pushed for states to voluntarily adopt their own regulations. Leaving it up to each individual state, however, did not prove effective because states have different laws regarding child custody disputes. As such, Turner pushed for a change to establish a national standard for how to handle these types of situations for servicemembers.

The bill, however, is not meant to provide an inflexible rule that courts must follow. For example, courts may still find that the best interests of the child overrule the rights of a servicemember. And, it was not the intent to pass an inflexible law. Instead, according to Turner, “In the end, this is about making sure that (troops) don’t serve at the expense of their families. They deserve to be protected.