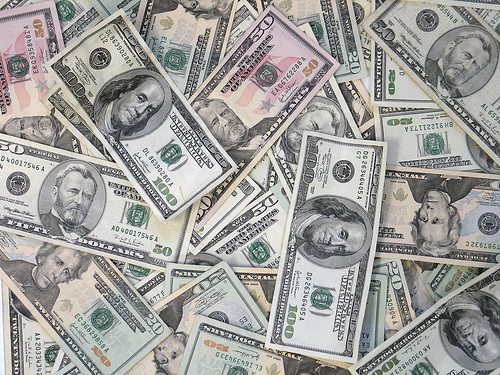 How would you like to receive $1 billion in a divorce judgment? Most people would be elated with such an outcome, or at the very least, satisfied. For one Oklahoma woman, however, the prospect of a $1 billion divorce judgment was “disappointing.”

Earlier this year, Sue Ann Hamm, the former wife of oil billionaire Harold Hamm, received a ruling from an Oklahoma court that awarded almost $1 billion in the woman’s divorce from her husband. Mrs. Hamm believes, however, that the award was not fair, and she plans on appealing the decision. Mrs. Hamm might have a strong case because a much larger judgment had been expected, anywhere from $4 billion to $8 billion.

Mrs. Hamm believes the decision was unfair because the couple was married for 26 years with two children and they did not have a prenuptial agreement. Moreover, Mrs. Hamm’s former husband apparently is worth $20 billion. In comparison to her former husband’s worth, the nearly $1 billion, Mrs. Hamm contends, is not representative of the “dedicated 25 years as [her former husband’s] faithful partner in family and business.”

Division of Property and Assets Under Ohio Divorce Law

Under Ohio law, generally, all assets accumulated by either spouse during the course of the marriage are considered marital assets and are subject to equitable division by a court. The parties, however, may choose to exclude certain assets from marital property by entering into a premarital agreement, otherwise known as a prenuptial agreement or “prenup.”

Ohio law defines “marriage” as “the period of time from the date of the marriage through the date of the final hearing in an action for divorce or an action for legal separation.” A court, however, may determine that these dates would be inequitable and may select dates that it considers equitable in determining marital property.

When dividing marital assets, a court will divide the assets equally, which means that each spouse is considered to have contributed equally to the production and acquisition of marital property. Therefore, regardless of how marital property is titled or procured during the marriage, the spouses share equally in the property. Under certain circumstances, a court has the power to not divide property equally and to award one spouse a greater amount of property. Examples of when this may occur are if a spouse has engaged in financial misconduct or failed to disclose assets in a divorce proceeding.