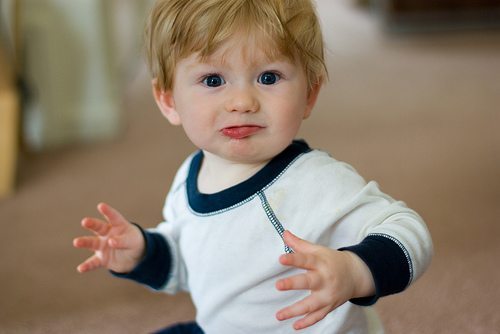 In January 2014, New York residents Joseph Vitale and Robert Talmas adopted their son in Ohio. The couple spent 72 hours in Ohio so that they could adopt their son in Ohio. Ohio law requires adopting parents to wait 72 hours after the birth of the adoptee child before the child can legally be placed for adoption. This time period allows the birth mother the opportunity to revoke her consent to the adoption.

The couple was there for their son’s birth, and they met with the birth mother, who had been located through an adoption agency. After the birth and the 72-hour waiting period, Ohio provisionally released their son into the care of the couple. The couple, who are married and live together, took their son back to New York to finalize the adoption in a New York City courtroom. New York recognizes the couple’s marriage and adoption. As a result, the couple did not expect to encounter any legal issues with respect to the adoption in Ohio.

When the couple tried to finalize the adoption in New York, the couple uncovered a problem as a result of the adoption decree that required a new birth certificate to be issued in the names of the parents. There was one unexpected problem: Ohio’s ban on same-sex marriage and Ohio’s failure to recognize the validity of same-sex marriages held lawfully in other states.

As a result, Ohio would not issue a birth certificate to the couple naming them as the legal parents. They fought back, and they joined a lawsuit in Ohio challenging Ohio’s refusal to recognize valid same-sex marriages from other jurisdictions as it applies to birth certificates. Fortunately for the couple, the judge ruled in their favor.

Ohio officials sent the couple their son’s birth certificate, but the form still had a space for “Mother’s Name” and “Father’s Name.” Officials apparently said that they did not have enough time to amend the form and said the couple had to choose which partner was the “father.” Officials also offered the couple to include language on the form stating “Note: Pursuant to United States District Court, Southern District of Ohio — Case No. 1:14-cv-129. Issued April 14, 2014.” The couple, however, did not want to compromise.

The Supreme Court recently agreed to review four cases from Ohio, including the couple’s, as well as cases in other states that are before the Sixth Circuit. The other cases in Ohio also deal with situations in which children have been denied accurate birth certificates. The Supreme Court may decide whether same-sex marriage is an inalienable constitutional right, or it could decide the narrower question of whether states have to recognize marriages in other states.

In the interim, the couple will be waiting anxiously to learn if Ohio will be required to provide the couple, who were legally married in New York, with a birth certificate recognizing them both as “fathers.”