The world keeps getting smaller. International travel is easier, cheaper, and more common than ever, and Americans are taking advantage of that. U.S. citizens are moving overseas, traveling for business and pleasure, going abroad for medical procedures…and many are getting an international divorce. What are the benefits, and what are the drawbacks? Here’s what you need to know.

Why seek an international divorce? 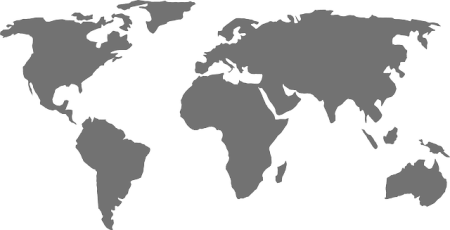 There are several possible advantages to divorcing abroad. First, it might be the most convenient option. If both spouses are living overseas, it makes sense to consider getting divorced in the country where they are living. Second, the couple might be able to obtain a faster divorce. For example, it is possible to get a divorce in as little as 24 hours in the Dominican Republic, where there are no residency or waiting period requirements. Furthermore, there are virtually no waiting periods for a remarriage; a recently divorced person can remarry after just 72 hours. Third, a spouse may seek a divorce in another jurisdiction so that they can avoid certain U.S. laws. Most often, the spouse is trying to avoid property laws that would require them to give a share of their property to their ex or to avoid child or spousal support obligations.

Will an international divorce be recognized in the U.S.?

However, under the legal principle of comity, some foreign divorces may be recognized by American states. Comity means that one country will acknowledge another’s laws, rulings, and judicial acts, in exchange for foreign recognition of its own laws. In the context of divorce, comity means that an American state will hold as valid a divorce decree from another country if certain requirements are met. In theory, if both parties had notice of the divorce proceedings (i.e., there was service of process) and both had the opportunity to go to the foreign jurisdiction where the divorce was taking place, the divorce may be held valid.

This might make it sound as though a foreign divorce is easy to obtain, but that isn’t necessarily true. U.S. courts have consistently held that at least one of the spouses must be domiciled in a foreign country. A person’s domicile is the place where they have a permanent physical residence, and where they intend to remain indefinitely. This means that, unless one spouse is willing to move to another country, quick Caribbean divorces are a thing of the past.

Where should I get divorced?

Deciding where to get divorced can be a surprisingly difficult decision, especially if you or your spouse are living abroad or are foreign nationals. You need to consider more than the division of property or who gets child custody–you need to make sure that the divorce will be recognized in the country where you obtained it and the country where you live. If you live in Ohio or want to file for divorce here, contact an Ohio divorce attorney to discuss your options. Call the law offices of Laubacher & Co. at (440) 336-8687 to schedule your free initial consultation.