Heroin use is on the rise in Ohio, with some state government officials calling it a “public health epidemic.” This increase has had a direct effect on the users’ children, according to a new report released by the Ohio Department of Job and Family Services. The report showed that the number of times where heroin was cited as a factor in removing children from their parents’ care rose 83% in the past three years. Officials say that this data is key to learning how to better assist children and their parents. Not discussed, but equally important is how drug abuse affects children and their parents’ right to custody.

Growing up with a drug addict can have a profound impact on a child, and the repercussions can last for the rest of the child’s life. The consequences can be wide-ranging and can include a heightened risk for abuse; social or emotional impairment; and an increased amount of time spent in foster care. 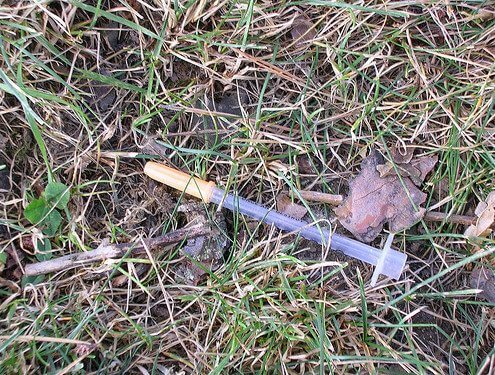 The harm to the child doesn’t stop with physical or sexual abuse: children of users are more likely to be socially and emotionally impaired than their contemporaries. Among the problems these children face is the inability to bond with others and form healthy relationships; poor academic performance; social stigma from peers in more well-adjusted family groups; and an increased risk of becoming dependent on illicit substances themselves.

Finally, children whose parents are substance abusers tend to spend a much longer time in foster care than children removed from the home for other reasons. The average amount of time that a child is in foster care is 70 days; for the children of addicts, the average stay is 300 days. Foster care can have a negative effect on children, compounding the trauma they already experienced at the hands of their parents, and adding to their social and emotional impairments.

According to the state of Ohio, parents have a Constitutionally protected right to care for their children and have custody of them. A parent’s right to care for their child is not dependent on their being married to the child’s other parent, so having a child out of wedlock or divorcing one’s spouse does not have an impact on a parent’s expectation of custody, however, An unwed mother is a legal custodian by operation of law; a father must petition the court for companionship rights, although he does have the appropriate Constitutional guarantees within that proceeding. The right to care and custody of a child cannot be terminated without either a parent’s consent or extensive legal proceedings during which the state must prove the parent’s inability or unwillingness to care for their child.

Despite these rights, a parent’s substance abuse can have serious ramifications on child custody issues. During a divorce, one parent’s addiction may factor into the judge’s decision of how much parenting time to award each party. Serious addiction that endangers the child may result in that parent only getting to see their child during supervised visits, or not being able to see their child at all.

Substance abuse can also result in the involuntary termination of a parent’s rights to their child. For rights to be terminated, the state (or another party) must prove that termination is in the best interests of the child and that another enumerated factor is present. These other factors include abandonment; abuse; intentional neglect or mistreatment; and where the parent has at least twice placed the child at risk of substantial harm because of drug abuse and where the parent has at least twice rejected treatment for their addiction.

Addiction has serious consequences for the user, and for their family. If drug abuse is a factor in your divorce or could be harming your children, contact an attorney who understands the ins-and-outs of Ohio family law. Call (440) 336-8687 today for a free initial consultation with Laubacher & Co.