Protestors Advocate for Fathers’ Rights in a Divorce

A group of protesters recently staged a rally in Allen County to advocate for fathers’ rights. The group, using the slogan “Dads Against Deadbeat Systems,” says current Ohio family law is unfair to fathers because it grants full custody to mothers when couples split. 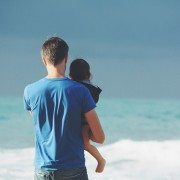 The law makes it tough for both fathers and grandparents to secure visitation rights, protesters say, and they want the law changed so that parents have equal rights to their children unless one parent is shown to be unfit.

The protest organizer said that although there are “deadbeat dads” who fail to care for their children, the current system is biassed against fathers who want to play an active role in their children’s lives. He said it’s the system that is actually “deadbeat” in its assumptions.

While it may seem fairly clear — and easy to establish — who is and isn’t a father, Ohio law lays out a specific definition and spells out the rights, duties, and obligations that paternity entails.

What constitutes a “father” in Ohio?

In Ohio, a man can be presumed to be a child’s father in either of the following situations:

Ohio fathers can voluntarily agree to the establishment of paternity. The state has set up a registry for putative fathers for this purpose. Ohio is among a number of states whose statutes provide for putative fathers to rescind or revoke their notice that they intend to claim paternity. The right to rescind the notice is limited to within 60 days after submission of a paternity claim or before a court hearing to establish paternity. After the 60-day limit, a paternity claim may not be rescinded except through a court action that’s based on duress, fraud, or an error in the facts of the case.

To register as a “putative father,” a man must submit a registration form that includes the following information:

How does the state define the parent-child relationship?

The law isn’t always on the side of fathers who wish to play an active role in their children’s lives. The professional family law attorneys at Laubacher & Co. have experience in advocating for men whose parental rights are not being fully recognized. Laws change frequently, and conditions in your specific paternity case also can change. To speak with a family law attorney, please contact Laubacher & Co. today for a free consultation.